City Hall in Downtown Los Angeles on Aug. 17, 2017.; Credit: Daryl Barker/KPCC
KPCC StaffA $9.9 billion budget for the upcoming fiscal year was approved Monday by the Los Angeles City Council. The budget now heads back to Mayor Eric Garcetti for a … 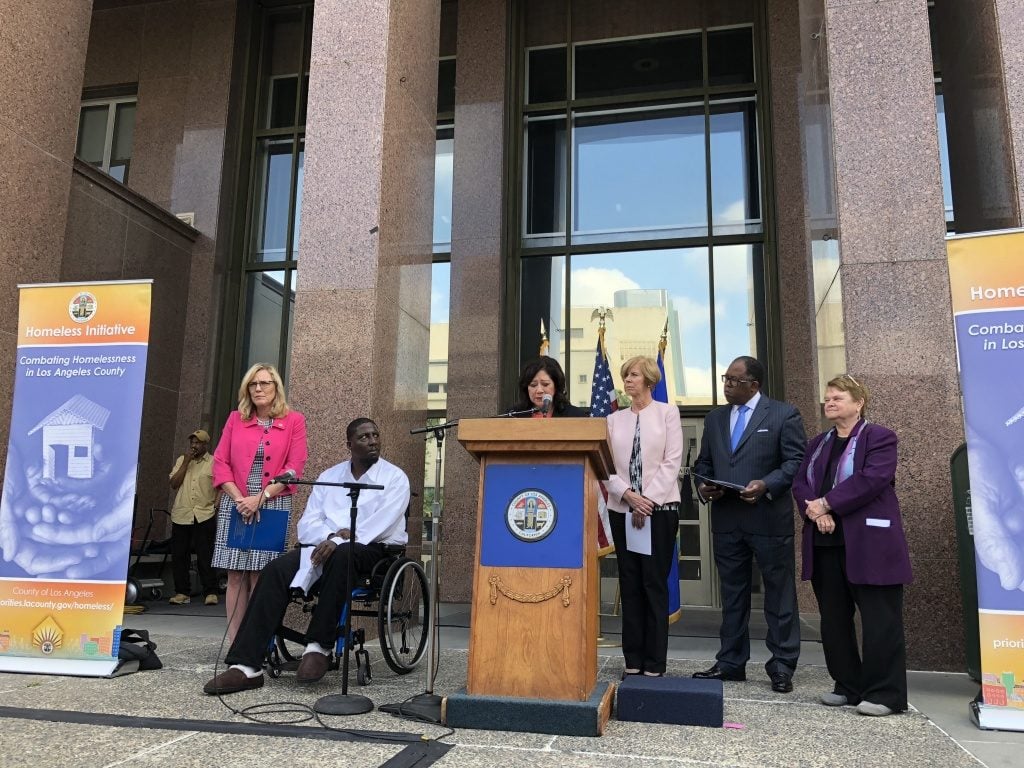 The Los Angeles City Council gave the green light to new rules aimed at speeding up the construction of permanent housing for the homeless, and to convert motels into temporary shelters.

During a news conference at L.A. City Hall prior to the vote, Councilman Jose Huizar said these rules will help alleviate the city’s homelessness crisis.

“We need more immediate solutions to move forward, but these are two pieces along with many other approaches the city and the county and many of our partners are doing to address the biggest crisis in the city at this time,” he said.

One of the ordinances approved by the council is meant to create more permanent housing for those who have been chronically homeless and need on-site services. The rules have been billed as a way to cut bureaucratic “red tape” affecting developers of low-income housing serving homeless people.

The rules allow developers of permanent supportive housing projects in many areas of the city to bypass the site plan review process if they have 120 or fewer units. For projects in the downtown Los Angeles area, that threshold is 200 units.The review process is usually triggered for projects with 50 or more units, with the project requiring approval from the planning commission and the City Council.

Developers of this type of housing also will not be required to include as many parking spaces. The projects would also be allowed to squeeze more units into the project site, based on the assumption that the units needed are usually studio apartments for individuals.

City leaders said the construction of permanent supportive housing typically lasts three years or more, but under the new rules, the process could take as little as a year, and reduces costs for developers.

Huizar said there are currently 1,200 such Proposition HHH-funded units in the “construction pipeline,” and the newly approved streamlined process will “make our HHH dollars go further.”

Another ordinance approved by the City Council Wednesday would make it easier for motel owners to turn their properties into a temporary shelter for homeless individuals. The newly approved rules take away zoning-related obstacles that motel owners had faced. City leaders said Wednesday that these new rules for motels add to the city’s options for creating more immediate shelter space for those who are living in encampments on sidewalks and other public areas. Read article at LA Daily News here