The trauma of being poor, so poor that your home can be taken away, still lives with me. 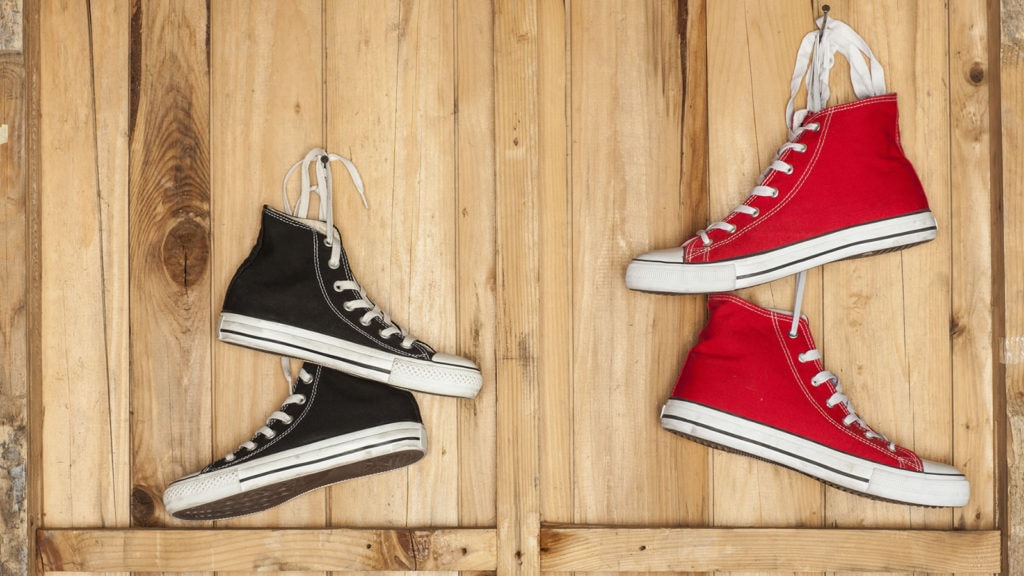 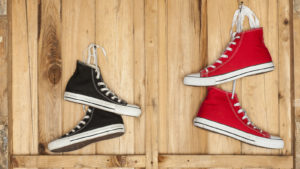 OCLA’s newest version of the WIN app has many new features! Read about them here. WIN is free to all users. This means that OCLA relies upon supporters like YOU to fund WIN’s ongoing technology, data and outreach expenses.

When you donate to Our Community LA, you are supporting WIN’s ability to empower vulnerable populations to connect to essential services and take a step towards an independent life.Until December 30th, 2018, YOUR DONATION will be MATCHED by a generous donor! (up to the first $20,000 in donations received).    Donate Today! 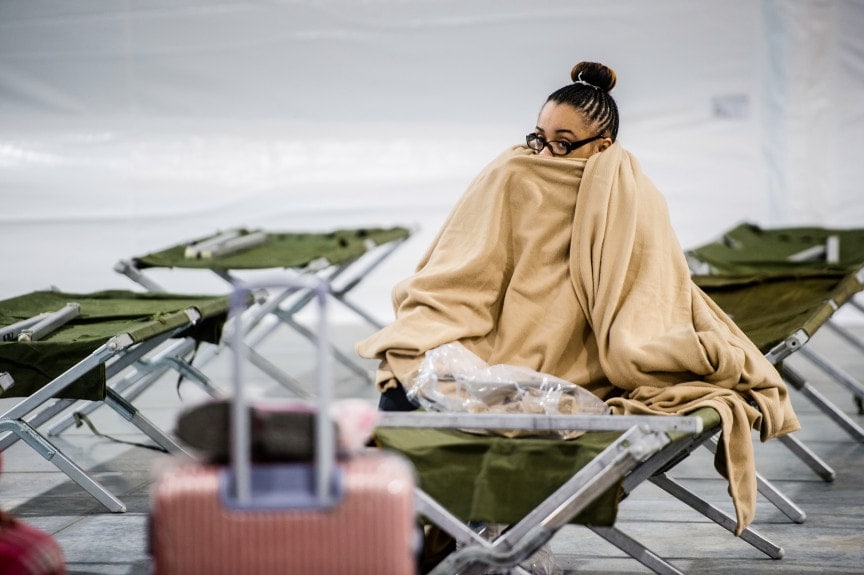 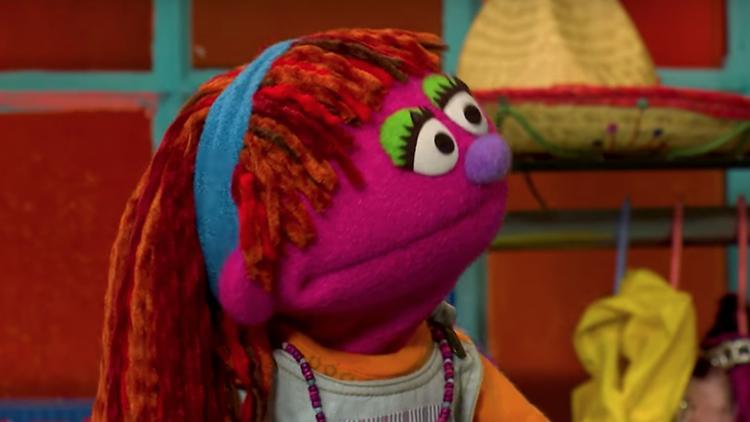 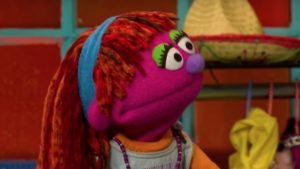 Lily is the first “Sesame Street” Muppet to talk about being homeless. (Sesame Workshop)

article by Amy B Wang, The Washington Post, reprinted here.

In one of the latest “Sesame Street” videos online, a Muppet named Lily is cheerfully painting a rainbow mural with Elmo – when she suddenly looks downcast.

“I’m not sure I want to paint anymore,” Lily says, dejected. “Doesn’t really feel like a rainbow kind of day.”

After some coaxing, Lily explains: They had gotten to the purple part of the rainbow, and purple is her favorite color. Her old bedroom was purple. But she and her family had to leave that bedroom behind.

“We don’t have our own apartment anymore,” Lily tells Elmo and an adult named Sofia. “And we’ve been staying in all different kinds of places.”

With that, Lily became the first “Sesame Street” Muppet to talk about being homeless – and the face of a new initiative by the show to address homelessness.

Sesame Workshop, the nonprofit educational group behind the show, cited statistics from the Office of Head Start indicating a 100 percent increase in children experiencing homelessness in Head Start and Early Head Start over the past decade. Of the more than 2.5 million homeless children across the United States, nearly half are under 6, according to the group.

Those children must deal with unique “physical, emotional and psychological distress” related to their family’s housing situation.

“We know children experiencing homelessness are often caught up in a devastating cycle of trauma – the lack of affordable housing, poverty, domestic violence, or other trauma that caused them to lose their home, the trauma of actually losing their home, and the daily trauma of the uncertainty and insecurity of being homeless,” Sherrie Westin, president of global impact and philanthropy at Sesame Workshop, said in a statement.

The National Head Start Association defines homeless children as those who “lack a fixed, regular, and adequate nighttime residence.” This includes living in someone else’s home or places like a shelter, motel, campground or car.

Knowing these were real-life challenges for thousands of children who watched “Sesame Street,” Westin said they thought about ways to “disrupt” that cycle of trauma.

Enter “the resilient and relatable Lily, a 7-year-old Muppet whose family is staying with friends on Sesame Street after losing their home,” the group announced Wednesday. 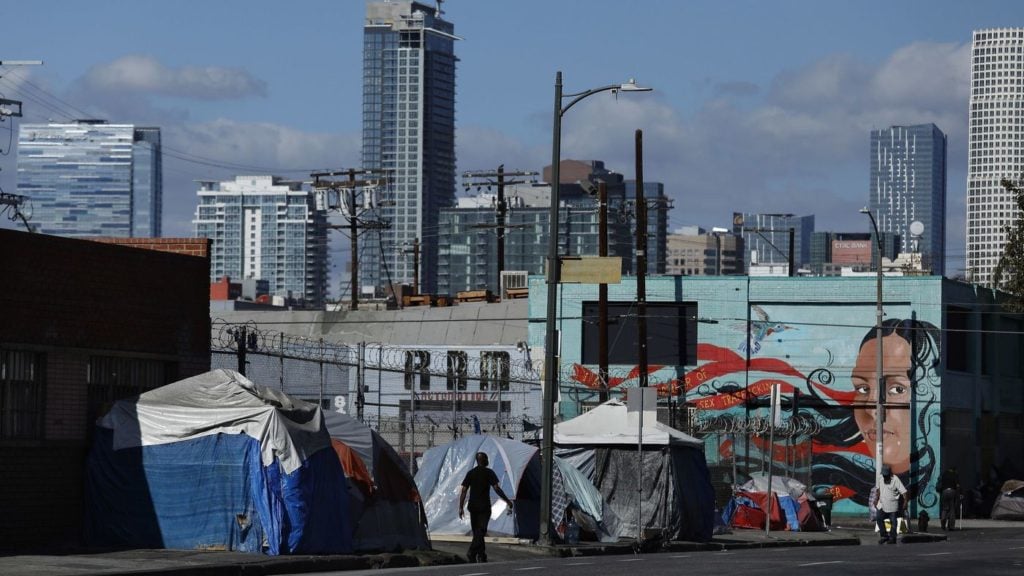 A federal report released Monday provides a possible glimmer of hope for the homeless crisis that has gripped many cities up and down the West Coast.

The number of people living on the streets in Los Angeles and San Diego, two epicenters of the crisis, fell this year, suggesting those cities’ efforts to combat the problem could be starting to pay off. 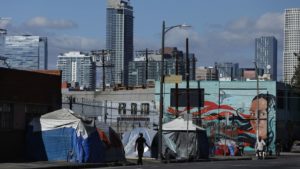 In Los Angeles, the count fell by 3% after a sharp increase the year before. Peter Lynn, executive director of the Los Angeles Homeless Services Authority, said that can be credited to six months of stepped-up homeless services after Los Angeles County voters raised taxes to help in 2017.

“We’re also dealing with the countervailing pressure of housing markets that are pretty unforgiving,” he said.

Cities in California, Oregon and Washington have driven an overall spike in the number of homeless people nationwide in recent years. This year’s count continued that trend, showing 552,800 people without homes across the country, up by about 2,000 from 2017, according to the U.S. Department of Housing and Urban Development’s point-in-time tally. It was the second consecutive increase after seven straight years of declines.

The number of homeless referred to as unsheltered — those living in the streets, encampments or other open places — was more than 194,000 nationwide. That also was up from last year.

San Diego, California’s second most populous city, also saw a decline in both total homelessness and those on the streets. After a hepatitis A outbreak spread among the homeless population and killed 20 people in 2017, the city turned to industrial-sized tents to house hundreds of people. As the tents went up, officials also cited people camping on downtown streets. Encampments downtown cleared out quickly, but the number along the San Diego River doubled.

The city is considering a ballot measure to raise money for affordable housing in 2020.

Nationwide, the overall increase this year was driven by a 2% rise in the unsheltered homeless population — those living in vehicles, tents and on the streets — along with 4,000 people in emergency shelters after hurricanes, wildfires and other disasters, according to HUD. The numbers of homeless veterans and families continued their long-term declines.

At a time when rents are rising faster than wages — especially for lower-income people — an essentially stagnant count is not a bad sign, said Steve Berg, vice president for programs and policy at the National Alliance to End Homelessness.

“Given what’s going on with rental housing, it’s not exactly good news. But it means communities are pushing back against the headwinds,” said Berg, who like other advocates urges caution about reading too much into one-year trends in the homeless count.

The homelessness data picture is incomplete because several West Coast areas with large populations, including San Francisco, Orange County and Portland, Ore., did not conduct new counts of unsheltered homeless populations this year. Those places will do fresh surveys in early 2019.

Homelessness has exploded along with a soaring economy in several West Coast cities in recent years and has become a hot local political issue. From 2015 through last year, voters on the West Coast approved more than $8 billion in spending — most of it in tax increases — to address homelessness.

In Seattle, which has the nation’s largest homeless population outside New York or Los Angeles, the count this year rose to more than 12,000 — more than half of them unsheltered. The number was less than 9,000 just four years ago, and the city has been wrestling with what to do about the problem.

The City Council in May passed a $48-million tax on businesses to raise money for affordable housing. But under pressure from Amazon, Starbucks and other companies, it repealed it the next month.

Another place in the West with a rising number was the Phoenix area, where the total count this year was nearly 6,300, up 12% from the previous year. About two-fifths of people without homes there are in shelters.

The region’s status as the fastest-growing county in the U.S., with 200 people a day moving in, is a factor in the rising homeless number, said Anne Scott, a human services planner who coordinates the count for the Maricopa Assn. of Governments.

“Some of those folks are not as successful as they hoped to be,” she said. “Housing prices are very high. Eviction rates are high. We see a lot of folks who are right on the edge who are slipping into homelessness.”

New York also had a growing homeless population, with nearly 78,700 people counted — up by more than 2,000. But because of a robust shelter system there, fewer than 1 homeless person in 20 counted is living on the street. Still, like the cities on the West Coast, officials struggle with how to get homeless people permanent homes.

HUD Secretary Ben Carson said on a conference call with reporters Monday that no one should be declaring victory over homelessness despite decreases in certain cities.

“We still have a long way to go even though there’s been significant progress,” he said.

No, people who are houseless don’t all live on the street, and the vast majority are not addicts or mentally ill, either.

Homelessness affects hundreds of thousands of Americans on any given day, and yet many people still perpetuate wrong and at times harmful stereotypes about those struggling to access housing.

Last year, more than 500,000 people were homeless across the country on a given night in January, according to the U.S. Department of Housing and Urban Development.

While there’s been a decline in the number of homeless Americans over the last decade, last year saw the first increase in recent years, per the HUD report.

The issue is getting notably worse in certain areas, as the country’s affordable housing crisis makes it harder for people to afford rent in big cities, and even small cities and some rural areas.

New York City, for instance, reached a record high for homelessness in 2017, with an average of 63,495 people sleeping in the city’s shelters each night, according to nonprofit Coalition for the Homeless. Three-quarters of those in shelters were families, including 23,600 children.

Myth 1: Most homeless people live on the streets.

Myth 3: Most homeless people are addicts

Myth 4: Homeless people just need to get a job

Click here to read a fact check on some all-too-common and harmful stereotypes about people who are homeless.