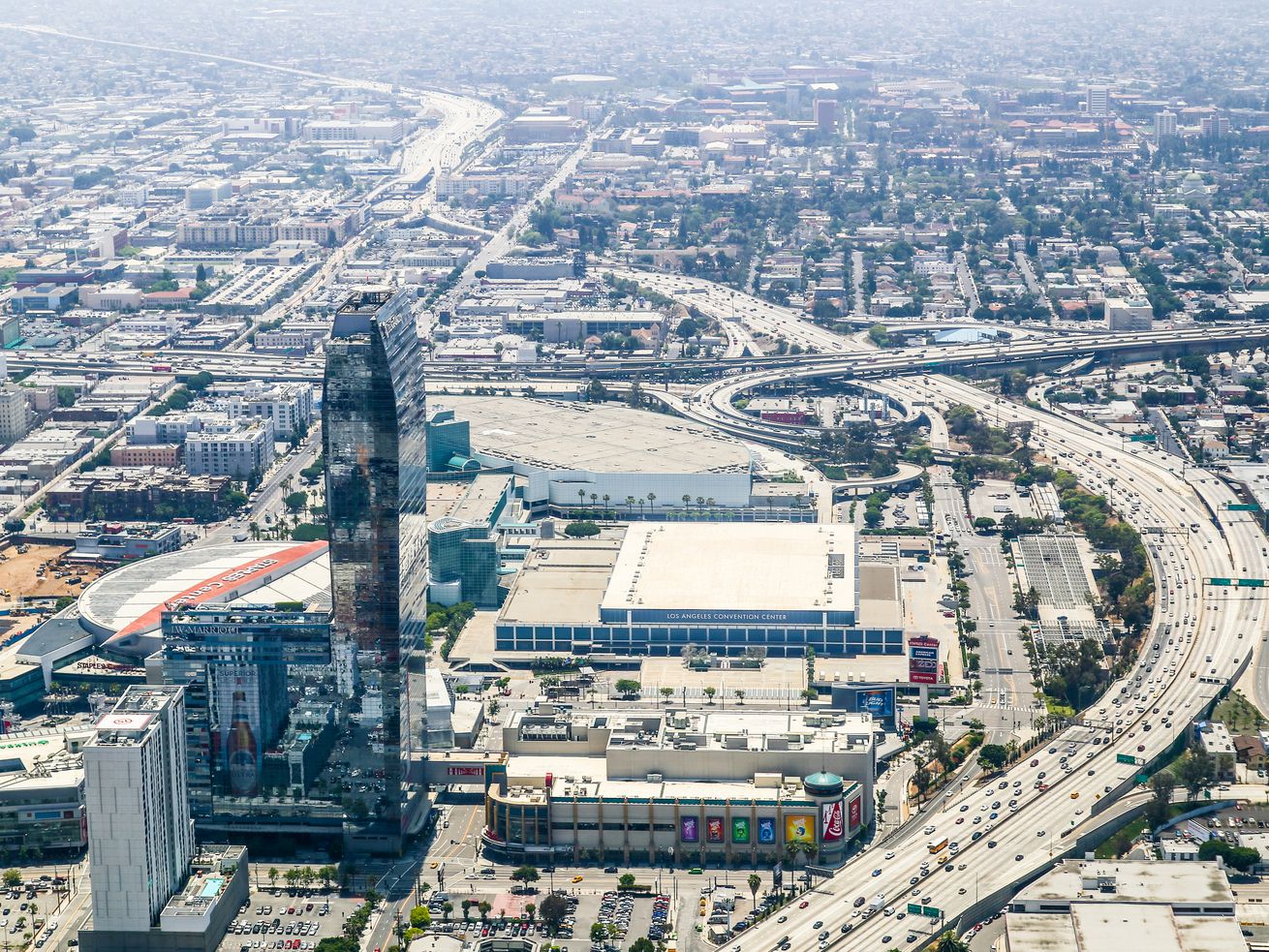 The Ritz-Carlton and J.W. Marriott opened in 2005 in Downtown Los Angeles after the city agreed to let the developer keep up to $270 million in tax revenue. | Shutterstock It’s time for them to give back, say some city leaders

Since 2005, the city of Los Angeles has given developers of eight hotels in Downtown more than $797 million.

The gifts have come in the form of tax breaks: The city forecasts how much tax revenue the hotel will generate, then once it’s up and running, only collects a portion of the proceeds for a set period of time or up to a certain amount. The questionable justification for the public investment has always been that more hotel rooms were needed to bring larger events to the Los Angeles Convention Center, which in turn, would generate money for the city.

But there are very few, if any, tourists in Los Angeles right now. Hotel rooms are sitting empty, while thousands of people camp on the streets and at parks and in cars.

A similar story is playing out across the country—more than 70 percent of hotel rooms are vacant, according to STR. It’s why California Gov. Gavin Newsom launched Project Roomkey, a state-funded effort to sign temporary lease agreements allowing homeless residents to isolate themselves in hotel and motel rooms. It’s widely regarded as the best way to shelter unhoused residents during a pandemic that has killed 2,770 people statewide, including 1,569 in Los Angeles County.

On Wednesday, the Los Angeles City Council directed its regional homeless services agency to compile a list of all hotels that have been approached for Project Roomkey but are not participating. It might be time, some city leaders say, for those publicly subsidized hotels to give back.

Project Roomkey participants are selected and prioritized based on their age and risk factors for contracting COVID-19, get their own rooms, showers, bathrooms, and three meals daily. But LA County has fallen far short of its goal of securing 15,000 rooms. As of Thursday, 3,101 rooms were made available through the program, and only 1,672 were occupied. Los Angeles City Councilmember Mike Bonin says he’s unimpressed with the numbers.

“I don’t think any of us, six weeks ago when were calling for an urgent, FEMA-like response to COVID-19 and getting people off the street, thought we would be talking about of 1,500 or 1,600 people,” he said last week. “We all thought things would be bigger.”

In calling for the list, the councilmembers appear to be laying the foundation for something bigger: requiring the owners of hotels that got public financing or that were built on city-owned land to use their properties to address the current crisis. Those hotels include the Ritz-Carlton and the InterContinental at the Wilshire Grand, where the president has stayed on trips to Los Angeles.

The biggest hotel tax break that the city has doled out so far went to the development of the Ritz.

In 2005, then-Mayor Antonio Villaraigosa agreed to let developer Anschutz Entertainment Group keep up to $270 million in tax revenue that the city would have otherwise collected over a 25-year period to build a 54-story high-rise that houses the Ritz and an 878-room J.W. Marriott. AEG operates the Staples Center, is a majority owner of the Los Angeles Kings, and produces the most famous music festival in the world, Coachella.

Los Angeles Mayor Eric Garcetti has said he’s not afraid to use his executive powers to seize hotels for Project Roomkey, but inferred that nicer hotels would be off the table.

“We shouldn’t necessarily commandeer $500 and $800 hotel rooms when we can house people with the same dollars for less,” he told reporters at a briefing last week. “We don’t want to overspend taxpayer dollars.”

But given the economic downturn brought on by COVID-19, “hotels are starved for income right now,” Bonin said.

Criticism of the idea hasn’t been about whether hotels should give back. Rather, it’s grounded in the view that homeless residents don’t deserve such nice lodgings, especially if the accommodations are anywhere near where the elite meet. That’s how ABC7 framed a story on Project Roomkey:

Imagine spending millions of dollars to buy one of the luxurious Ritz-Carlton residences in downtown Los Angeles only to learn you may soon be sharing space with the homeless.

In addition to holding 123 hotel rooms and 13 suites, the glass-clad Ritz tower on Olympic Boulevard also contains 224 condos that sell for upwards of $1 million. ABC7 obtained an email from the Ritz’s homeowner’s association that says it has “resisted” Project Roomkey over concerns about “safety, security, property values and overall lifestyle.”

“We were all shocked and offended when we found out this might be a possibility,” Art Avaness, broker and owner of RE/MAX DTLA told Fox11. “Having it in your own home basically is just a little too much; in fact, it’s offensive.”

“The fact that we give public subsidies, public dollars to these hotels... would seem to me to be a complete justification that we expect something back,” he said. “Especially during an emergency.”