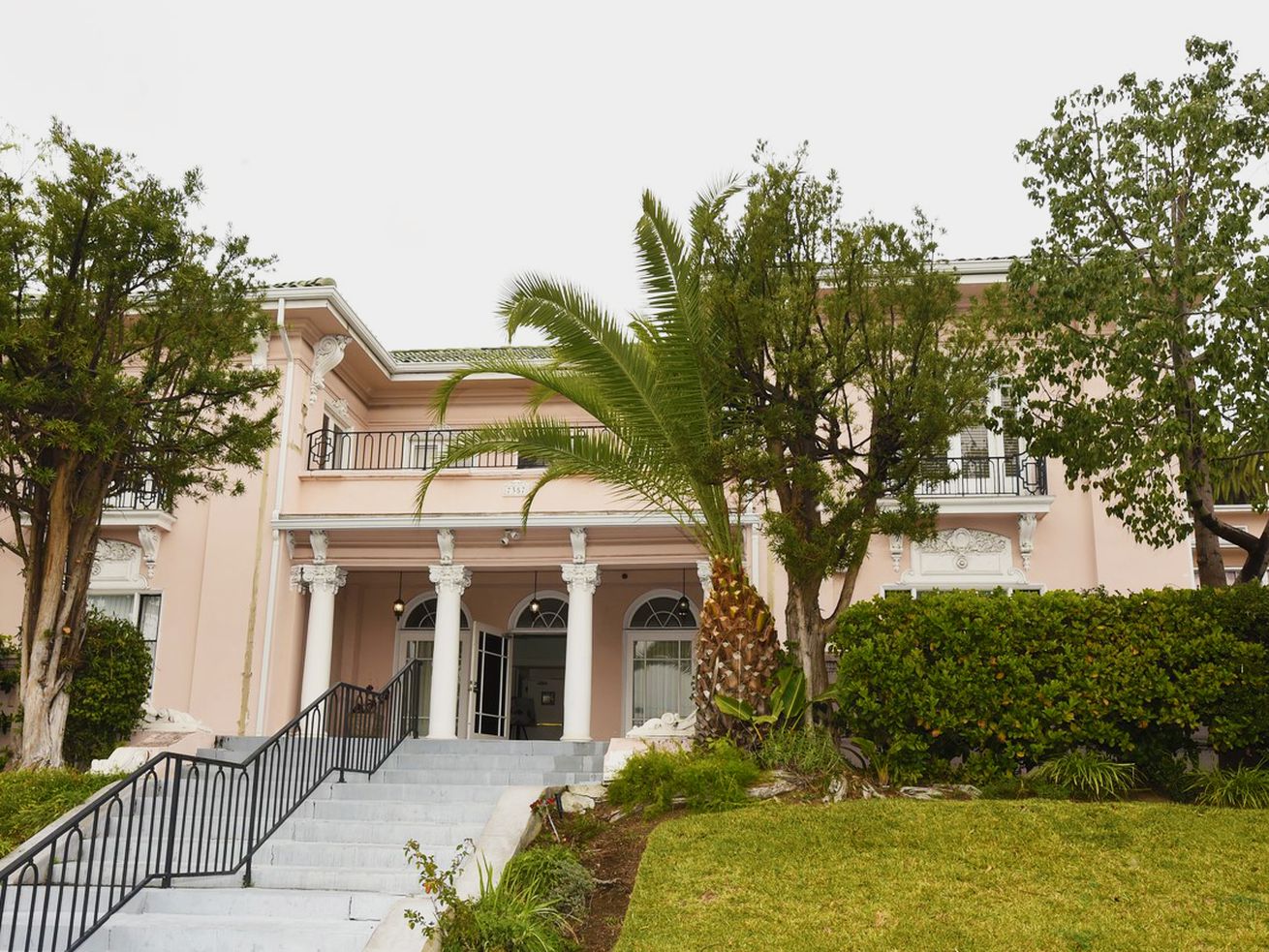 The pink mansion faces Hollywood Boulevard at the intersection of Camino Palermo. | Courtesy Aviva The building known as Wallis House will house up to 40 young women and their children

A new bridge housing facility that will provide wraparound services to 40 young women and their children opened today in a century-old pink mansion in Hollywood.

Known today as the Wallis House, the Italianate-style former residence facing Hollywood Boulevard will be managed by Aviva Family and Children’s Services, which has provided services and housing for foster youth in the neighborhood for over 100 years.

In its new role, Wallis House will serve women between the ages of 18 and 24, including mothers with young children, who are transitioning out of homelessness. Fifteen families moved in today, with a goal of serving up to 40 families at the 42-bed facility.

“Young single mothers face high barriers to making ends meet, and are at a far greater risk of harm when living on the street,” Councilmember David Ryu said in a statement. “We need housing and services that meet their specific needs.”

We're opening the Wallis House, a new #ABridgeHome shelter in Hollywood. This shelter includes more than 40 beds for young women and their children who are transitioning out of homelessness and will now begin their new journey full of hope and healing. pic.twitter.com/ldyvchPo1Y

Aviva has housed foster girls at Wallis House for 63 years. Earlier this year, the property was redesigned using $2.36 million of Homeless Emergency Assistance Program (HEAP) funds to create facilities for families, including a gym and play area, as well as a boutique and salon where residents can take classes in cosmetology and sewing.

Unlike some of the other Bridge Home projects which are located in temporary structures, Wallis House is being called a “permanent” bridge housing facility, meaning that residents will live there for a maximum of two years before being moved into permanent housing.

According to Aviva, the Hollywood area is home to the greatest number of homeless residents aged 18 to 24 in the county, many of them former foster youth who have aged out of the system.

The facility is a few blocks north of the Gardner Street Women’s Bridge Housing Center, which opened last month in a midcentury building that was formerly used as a library.