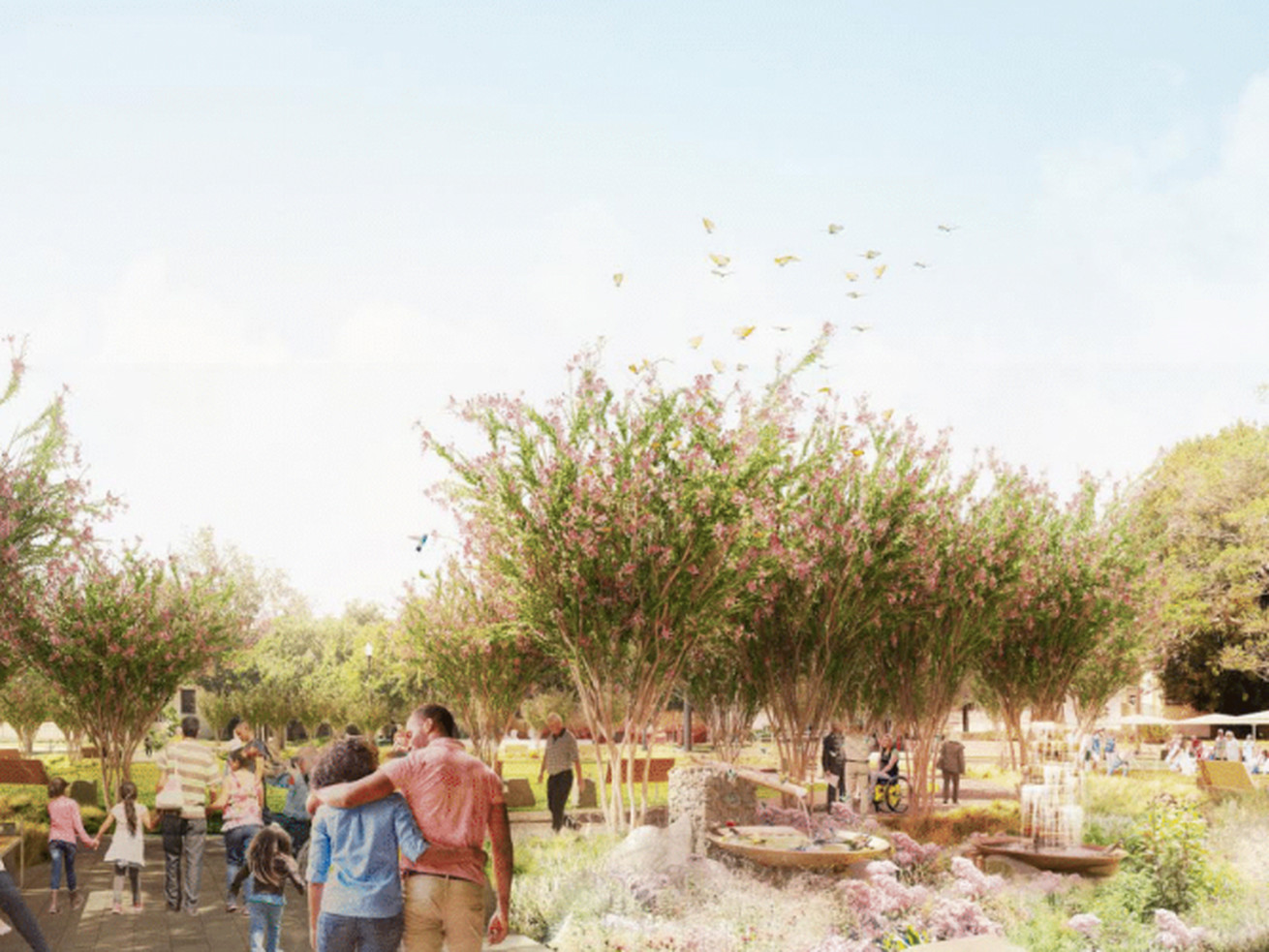 A rendering of the revamped campus. | Courtesy of West LA Veterans Collective Work is slated to get underway next year

The Los Angeles City Council voted unanimously Tuesday to approve up to $24.3 million in funding to repurpose a building on the Veterans Affairs campus in West Los Angeles for housing for veterans.

That represents about 70 percent of the cost for the project, called Building 207, which will create 59 units of permanent supportive housing for homeless and chronically homeless senior veterans. Work is expected to begin in the summer of 2020, and wrap up by the end of 2021.

Reusing this existing building has been framed as the first piece of a much bigger puzzle at the VA property.

Last year a partnership among Century Housing Corporation, U.S. Vets, and Thomas Safran and Associates was selected to redevelop the 400-acre campus along Wilshire Boulevard with housing for veterans.

The rest of the work is expected to roll out in phases. Right now, the developers are still doing community outreach for the next phases.

The Building 207 project has also received $8.2 million from Measure HHH funds, which go toward building permanent supportive housing for the homeless, and $5.75 million from the county, according to West LA Veterans Collective. It has also been designed to hold community space, a library, a gym, case management offices and landscaped outdoor areas.

The plan to retool the campus emerged after the Department of Veteran’s Affairs settled a lawsuit in 2015 brought by a group of disabled veterans who claimed it was misusing the campus. The veterans cited the long-time practice of leasing large segments of the property for commercial use instead of for housing or services for veterans.

A 2016 blueprint for the future of the campus featured housing, veteran-focused services, and open space.