Los Angeles County’s homeless population has soared 23% over last year despite increasing success in placing people in housing, according to the latest annual count released Wednesday.

The sharp rise, to nearly 58,000, suggested that the pathway into homelessness continues to outpace intensifying efforts that — through rent subsidies, new construction, outreach and support services — got more than 14,000 people permanently off the streets last year.

“Staggering,” Los Angeles County Supervisor Janice Hahn said in a statement. “Even as work is being done to get thousands of people off the street and into housing, more and more people are becoming homeless. It is clear that if we are going to end the homeless crisis, we need to stem the overwhelming tide of people falling into homelessness.”

The startling jump in homelessness affected every significant demographic group, including youth, families, veterans and the chronically homeless, according to the report. Homeless officials and political leaders pointed to steadily rising housing costs and stagnant incomes as the underlying cause.

Homelessness also increased sharply in the city of Los Angeles, where the count of just over 34,000 was up 20% from 2016.

What Works to End Youth Homelessness: What We Know Now, National Network For Youth, (2015)

Common paths to homelessness among youth under age 25 and the importance of  employing both prevention and intervention strategies are discussed.  Successfully addressing youth homelessness enables safe transitions to adulthood and develops young adults who can contribute positively to their communities.

In December of 2016 the Community College Equity Assessment Lab (CCEAL) released findings that approximately 1/3 of California community college students are attending classes while experiencing the threat of homelessness and housing instability and 12% are hungry and concerned about whether and when they will have their next meal. The report is among the first research efforts to show who is adversely exposed to food and housing insecurities in the California higher education system. 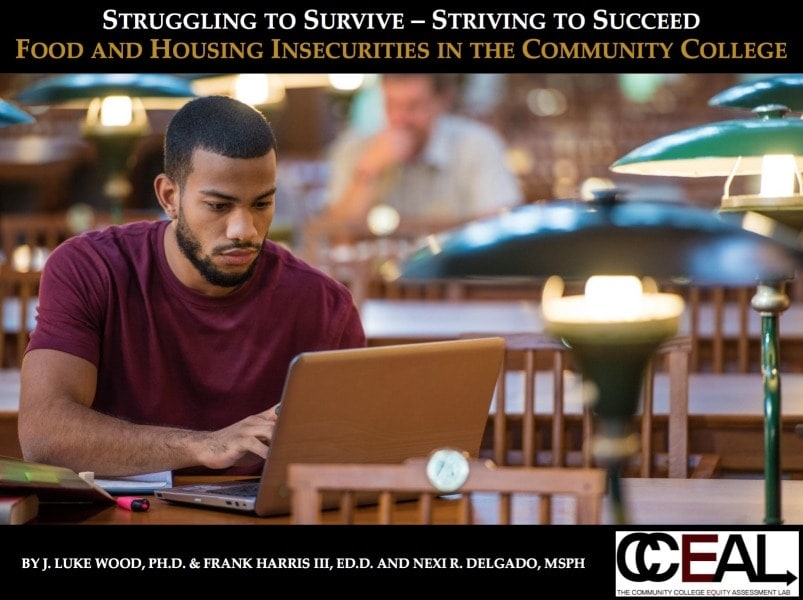 In December of 2016 the Community College Equity Assessment Lab (CCEAL) released findings that approximately 1/3 of California community college students are attending classes while experiencing the threat of homelessness and housing instability and 12% are hungry and concerned about whether and when they will have their next meal. Highlighting the numbers of community colleges students struggling with poverty, the report reinforces the findings of others that these institutions “are more likely than 4-year colleges and universities to serve students, who are working, have dependents, attend college part-time, and who are low-income”. (Nevarez & Wood, 2010).

The report uses the following definitions of housing insecurity: “Housing insecurity also exists along a spectrum where homelessness—lacking a fixed, regular, and adequate nighttime residence—represents the extreme case. Unaffordable housing, poor housing quality, crowding, and frequent moves are other dimensions of housing insecurity” (p. 3) Resorting to auto residence, couch surfing and night-job napping are indeed evidence of homelessness and this report acknowledges the impact on student stress level.

Food insecurity is all too prevalent and interferes with a student’s ability to concentrate and learn. Defined as “the limited or uncertain availability of nutritionally adequate and safe foods, or the ability to acquire such foods in socially acceptable ways,” food insecurity may be on the rise given the higher cost of education and the growing number of students with the aforementioned characteristics. (Dubick, Mathews, and Cady (2016). CCEAL suggests that this notion can be extended to students with housing insecurities as well.

The complete report is available here.

Colleges have begun responding to these concerns by creating food pantries, free and reduced lunch programs, and partnering with community organizations to create affordable housing options. The good news is that CCEAL found that students with food or housing insecurities are generally more engaged with their faculty inside and outside of class than those without insecurities. This means they are more open to accepting assistance from trusted college mentors. OCLA’s next challenge is to partner with local campuses to make all students and faculty aware of WIN. Community college students need to know about the array of supportive services available to them including SNAP, emergency shelters, food banks, free health clinics and more. 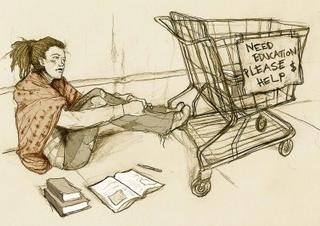 The State of California has increased administrative support for homeless college students. AB 801 requires community colleges and Cal States to designate a staff member who is employed within the financial aid office, or another appropriate office or department, of the institution to serve as a Homeless and Foster Student Liaison and to inform current and prospective students of the institution about student financial aid and other assistance available to homeless youth and current and former foster youth, as specified.

The California State University and each community college shall administers a priority enrollment system, and grant priority in that system for registration for enrollment to a foster youth or former foster youth or, until January 1, 2020, a homeless youth.

“Homeless youth” means a student under 25 years of age, who has been verified at any time during the 24 months immediately preceding the receipt of his or her application for admission by a postsecondary educational institution as a homeless child or youth, as defined in McKinney-Vento Homeless Assistance Act by at least one of the following: (i) A homeless services provider,(ii) The director of a federal TRIO program or Gaining Early Awareness and Readiness for Undergraduate Programs program, or a designee of that director. (iii) A financial aid administrator for an institution of higher education. A student who has been verified as a homeless youth shall retain that status for a period of six years from the date of admission to the postsecondary educational institution.

According to the National Alliance on Mental illness, 50% of all lifetime cases of mental illness
begin by age 14 and 75% by age 24. Approximately 1 in 5 youth aged 13–18 (21.4%) experiences a severe mental disorder at some point during their life. – NAMI 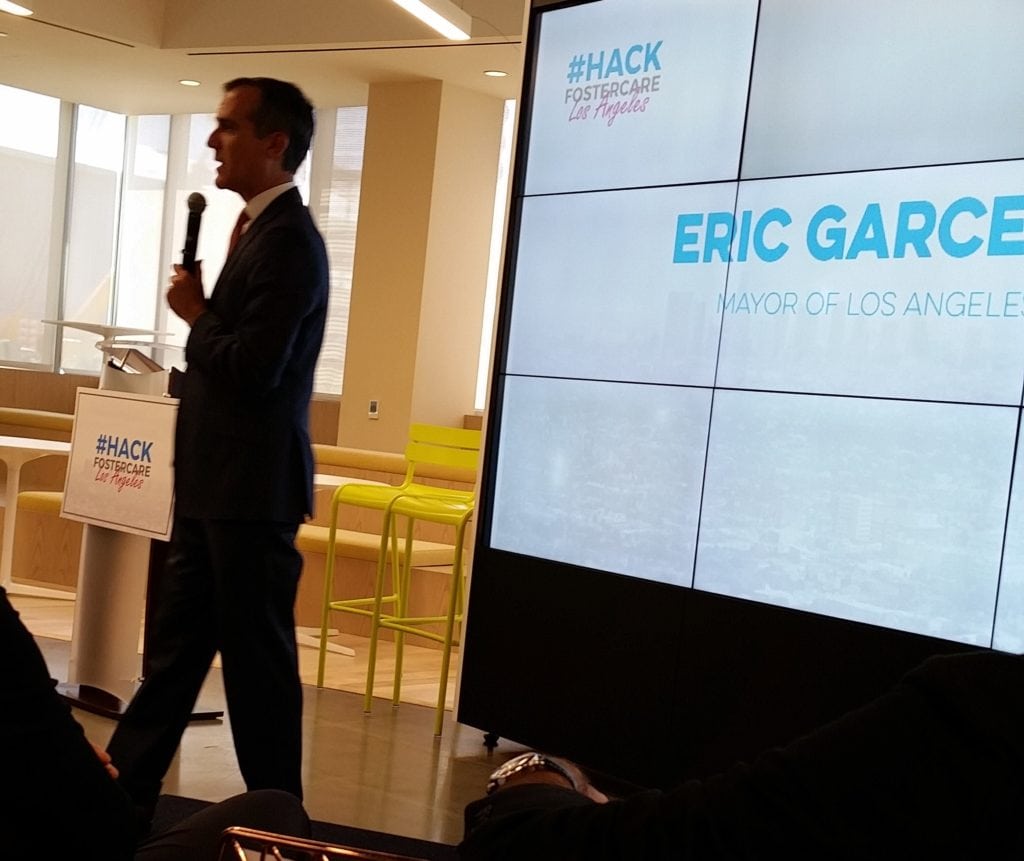 HackforSFosterYouthLA brought together Our Community LA, the creator of the WIN app for homeless youth, and other local nonprofit app developers, for a 2 day hackathon hosted in Silicon Beach. The first day of the event marked a momentous announcement of a new data direction for the county. Maribel Marin, Executive Director of 211, (the public/private entity responsible for the single largest aggregation of the county’s public and nonprofit service data) announced that the agency was changing a long standing “no datashare”policy and effective immediately,would nonprofits grant access to its database.

Keynote speaker Mayor Garcetti praised the hackathon participants and encouraged the technology and social services to bridge traditional divides and work together to find innovative paths towards improving the government and social service sectors’ ability to serve at-risk children and youth. Challenge groups were formed and hack teams listened to nonprofit leaders and policy officials describe needs and barriers before settling down for a night of coding. The event closed on Saturday afternoon with over half a dozen hack teams reporting their visions for technological solutions to the defined social challenges. Notably all solutions were made possible by mobile app technology.

The event, hosted by the Pritzker Foundation, did a fine job of showcasing the various ways mobile technology can be used to improve social services and DCFS and the Mayor’s office seemed to be listening! 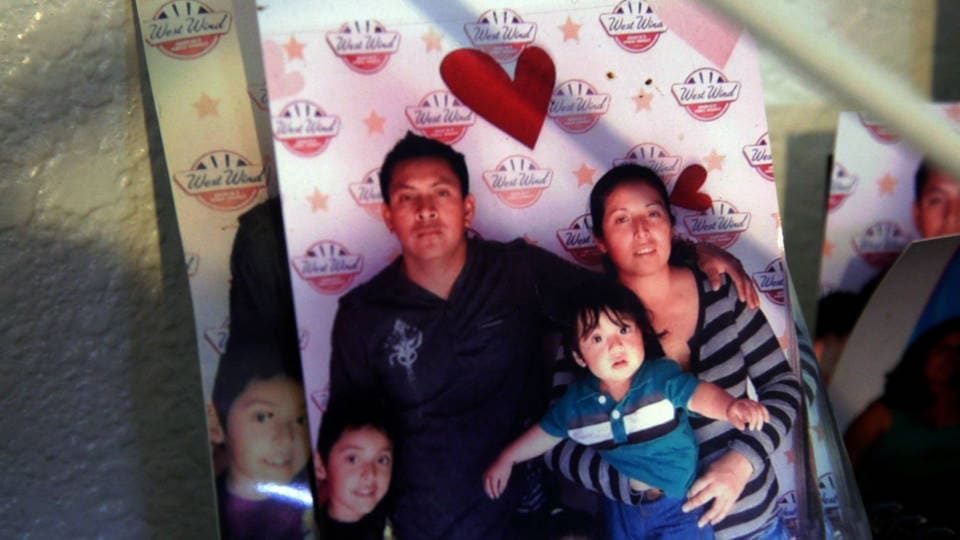 Julie Small and Lisa Pickoff-White | KQED
May 15 2017 10,000 immigrant parents of US citizens are detained per year in California, says a recent Human Rights Watch report. Many of these adults have US born children….
Two-thirds of the estimated 11.1 million undocumented people in the U.S. have been in the country for more than a decade, according to the Pew Research Center. People who have lived in the country for a long time are more likely to have started families with U.S. citizen children, according to an older Pew study. “The purpose of the analysis set forth in this paper is to provide more detailed information on immigration detention in the state, with the goal of helping prompt better, more rights-respecting reforms.”
An ICE spokeswoman wrote in a statement to KQED that the agency “may consider” whether an individual is the parent of a U.S. citizen or caretaker of a minor.Read more here

The number of children and youth identified as homeless and enrolled in public schools has increased by 34% since 2009. The Trump Administration has responded by proposing major reductions in affordable housing programs, children’a health insurance and Food Stamps, all essential to prevent homelessness for many families and youth. But Trump doesn’t pass the budget, Congress does… so get informed and let your elected officials know how you feel!

Summertime, and the livin’ is easy
Fish are jumpin’ and the cotton is high
Oh your daddy’s rich and your ma is good-lookin’
So hush, little ba…